Chris Nelson is the kind of person all families would love to have caring for their children. An experienced and enthusiastic early childhood educator, Nelson runs Mountain View Child Care in North Troy. The 10 children enrolled there spend weekdays on her 100-acre property.

Their curiosity drives the curriculum. A conversation over the correct color of a cow once launched a yearlong focus on farm animals. The kids’ fear of bees inspired a beekeeping project; Nelson got a hive and some beekeeping suits to show them how honey is made. 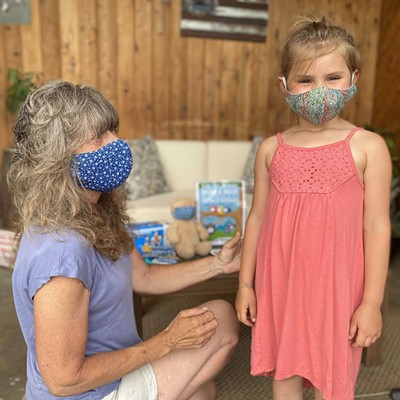 Unsurprisingly, most of science fiction’s protagonists tend to be human. After all, as far as we know, the vast majority of its audience members and creative staff are human. Nevertheless, some works take the alien perspective. Here are five classic examples.

The matriarchal Delyene follow traditions that have not changed significantly for millennia. Why should they change the ways that have provided tolerable lives for all, even males? Alas for the Delyenes, their home world Delyafam is way too close to those claimed by the “Terrens.” The aliens have become ever more common and encroaching on Delyafam; change is inevitable.

The Kimassu Lady deals with those foolish Terrens who break Delyene law. One idealistic Terren uses his arrest as an opportunity to deliver a warning: Delyafam is endangered. Terrens are aggressive, numerous, technologically sophisticated, and well armed. They’ve convinced themselves that the Delyene are

The football season only started a few weeks ago and GSL fans are not allowed in the stands.

CHENEY, Wash. — Families of high school football players in the Greater Spokane League are frustrated. They have not been allowed to watch their kids play from the stands. Instead, they are cheering them on from the fence line.

“This is really what we always waited for,” Straley said. “His Friday Night Lights, to be sitting in the stand seeing our kid on the field.”

This year is much different. The football season only started a few weeks ago. And GSL fans are not allowed in the stands.