“As our institutions of higher education prepare for the new school year, we must continue to take necessary precautions to be safe,” said Secretary Dr. Noe Ortega. “I want to thank the West Chester community for their continued efforts to remain safe and encourage those who are eligible to get vaccinated. I am glad to join our postsecondary community to welcome students, faculty, and staff back to campus for a new academic year.”

While at West Chester, Secretary Ortega and Deputy Secretary Garcia also participated in a campus tour. They visited multiple school buildings and classrooms and met with

Coimbatore: Schools in the district have been asked to feed status of students with regard to Covid on Education Management Information System (EMIS) – a central database with information about every student. EMIS was designed to monitor the performance of education programmes offered by the schools and to manage distribution and allocation of educational resources.
“Recording the Covid status in this centralised database of students would help in keeping track of the positive cases across the state,” district chief education officer N Geetha said. Further, it will also help in effective monitoring and tracking of positive cases, she said.
“All the schools are strictly following the Covid standard operating procedure (SOP) since the reopening on September 1. But the students tested positive were asymptomatic and could not be detected during thermal scanning. While they didn’t show any symptoms like cold or weakness, they were attending classes as usual like other 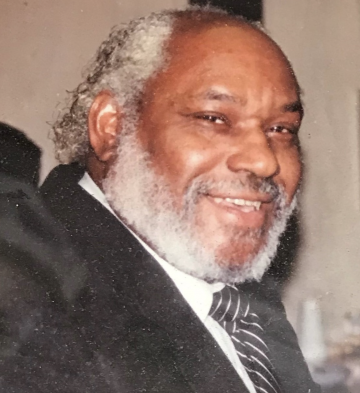 Ben graduated from Rogers High School in 1959 and served his country in both the Army and Marine Corps from 1959-1968. He went on to earn his Bachelor of Science in Business Administration in 1972 from Roger Williams University and a Masters Degree in Education Management from Cambridge College in 1988.

By the authority vested in me as President by the Constitution and the laws of the United States of America, it is hereby ordered as follows:

Section 1.  Policy.  Nearly 14 million students in our Nation’s public elementary and secondary school system and nearly 4 million students in post-secondary education are Hispanic.  Hispanic students constitute more than 27 percent of all pre-kindergarten through 12th grade students and nearly 20 percent of college students.  The Nation’s future prosperity and global leadership across industries is therefore tied to the success of Hispanic and Latino students, and their success is a priority of my Administration.

From advancements in science and civil and labor rights to leadership in government, advocacy, entrepreneurship, and business, the Hispanic community has had a profound and positive impact on our schools, our communities, our economy, and our Nation. Hispanic and Latino communities encompass many racial and cultural identities that