May the 4th be with you as science fiction becomes science fact :: WRAL.com

NASA artists had some fun depicting an explorer standing on a terrestrial planet, but this exoplanet is probably a gas giant more like Saturn. In the films, Tatooine is a hot, dry desert planet while temperatures on Kepler-16n are more like dry ice. 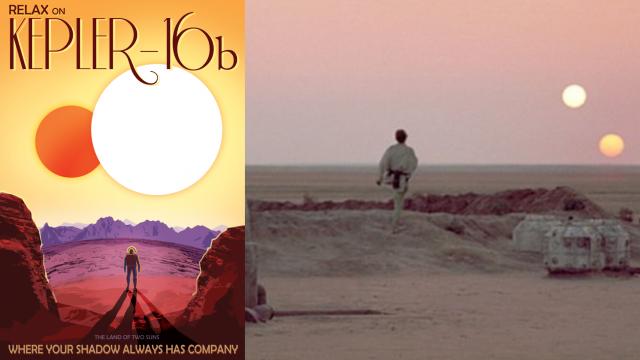 The cloud cities built in the habitable cloud tops of the fictional gas giant “Bespin” in “The Empire Strikes Back” remind scientists of gas giant planets in our own solar system. Scientists theorize gases such as helium-3 and hydrogen could be mined as fuels from planets like Uranus and Neptune.

Kepler-10b might be a lot like the fiery volcanic world of “Mustafar” where Obi-Wan Kenobi and Anakin Skywalker battle in “Revenge of the Sith”. This exoplanet orbits 20 times closer to its Sun that Mercury resulting in surface temperatures exceeding 2500º F.  It’s even hotter, over 3,600º F on CoRoT-7b which is 70% bigger than Earth and five times the mass.

The icy surface of “Hoth” was home to the Rebel Alliance’s base in “The Empire Strikes Back”.  In the heart of our Milky Way galaxy lies planet OGLE-2005-BLG-390 similarly locked in a deep freeze with surface temperatures dropping under -300º F. Astronomers discovered this icy world using micro-lensing, a technique that uses distant starlight beyond even the planet’s own solar system to reveal the planet and its atmosphere. 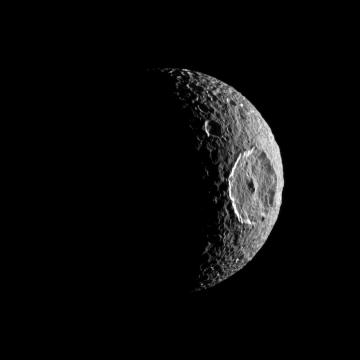 Closer to home, that’s no moon…. actually it is. Mimas, Saturn’s smallest and closest moon, is often called the Death Star because of the 80 mile-wide impact crater dominating its surface. The peak in the center of the crater, formed as the force of the meteor impact which created the crater rebounded upward. At just under 250 miles in diameter, Mimas is a bit bigger than the Death Star dimensions listed in the Wookiepedia.

Star Wars technology in use today

First developed at NASA’s Glenn Research Center, three NSTAR ion thrusters power the Dawn spacecraft since its launch in 2007 to study proto-planets Vesta and Ceres in the asteroid belt between Mars and Jupiter. 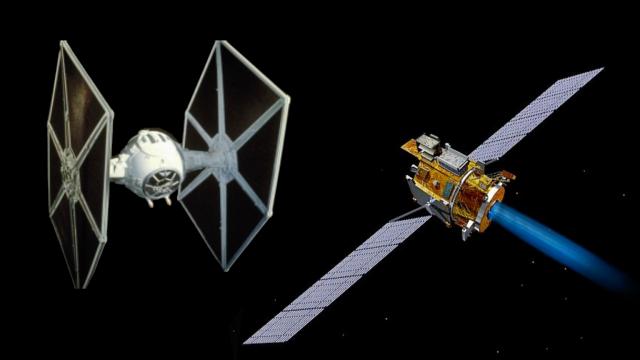 Conventional chemical rocket engines and Ion engines both use fuel to exert to push the vehicle in the opposite direction.  But that’s where the similarities end.

ion thrusters are fueled by inert gasses like xenon, or less often krypton or argon, powering missions for many years. That propellant is bombarded with electrons adding and removing electrons from propellant creating plasma that is guided out of the engine in a magnetic field.

Work continues on the next generation of Ion engines including the NASA Evolutionary Xenon Thruster (NEXT) and the Annular Engine which promise increase the power output by 3-6 times.  NEXT has been tested continuously for more than six years without a single failure.