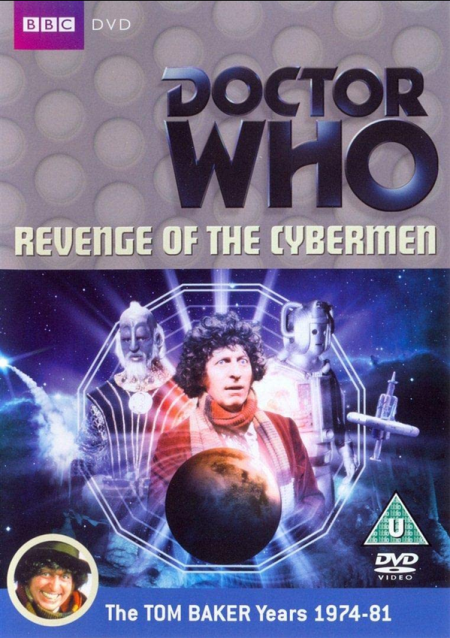 Doctor Who 0079 Revenge Of The Cybermen Four part story that aired April 9 to May 10 1975. Screenplay by Gerry Davis and an uncredited Robert Holmes, directed by Michael E Briant.

The Doctor, Sarah and Harry use the time bracelet to travel back to the space station where the Tardis was left. They arrive thousands of years in the past and have to wait for the Tardis to come to them. It takes 4 episodes to return but the Tardis gang is kept busy with an invasion by the Cybermen.

Based on my old post I liked it a bit better than I did the first time through. It’s still a bit lack luster and a weak end to the 12 Series but I enjoyed it anyway. I’m also enjoying Tom Baker and the rest of the Tardis gang.

Doctor Who 0080 Terror Of The Zygons Four part story that aired August 30 to September 9 1975. Screenplay by Robert Banks Stewart, directed by Douglas Canfield.

It was nice to see Brigadier Lethbridge-Stewart and Sergeant Benton. I enjoyed the UNIT shows but got to feel there was too much of The Master. It’s another alien invasion, this time the Zygons are at it. The aliens have taken over the minds of some locals and they can program their bodies to look like the person. They’ve even got control of the Loch Ness Monster.

The alien makeup looked weird and creepy but Nessy was a bit wooden. Not used to being on camera, I guess. Still, it was fun, there was some danger and the story moved along fairly quickly.