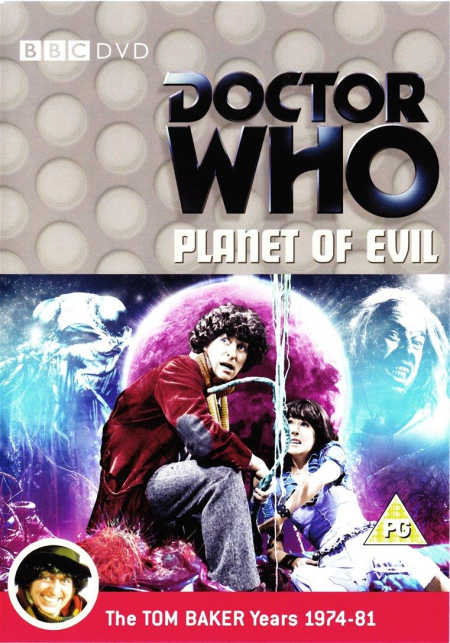 Doctor Who 0081 Planet Of Evil Four part story that aired September 27 to October 18 1975. Written by Louis Marks and directed by David Maloney.

The Doctor answers a distress call from a expedition on the planet Zeta Minor at the end of the known universe. There the Doctor and Sarah find nearly everyone dead from an unknown monster that absorbs the moisture of of a person’s body. Turns out it’s an antimatter monster of some sort.

There;s plenty of danger as the antimatter beast can take over humans to do it’s bidding. The Doctor has his hands full. It’s an alright story, plenty of action and danger with a good pace. I enjoyed it more than the first time I watched it in 2013.

Doctor Who 0082 Pyramids Of Mars Four part story that aired October 25 to November 15 1975 Written by Robert Holmes and Lewis Griefer under the name Stephen Harris, directed by Paddy Russell.

On the way back to England in Sarah’s time the Tardis makes a stop in 1911 to help some archeologists. One of them has had his mind taken over by an evil alien called Osiran Sutekh. That naughty alien has been imprisoned imprisoned alive under an Egyptian pyramid. Good thing, he’s one of those knobs who’s jonesing to destroy the universe. The Doctor has a bit of trouble with this guy and his robot minions.

From reading my old blog post I’m still feeling that this one was hit and miss, some parts were good and some less so. I’m still enjoyed it.